Before the 2021 World Cup, the ICC said that in the first round, the Bangladesh Tigers would have to play in Group 2, whether they are champions or runners-up. But in the middle of the tournament, the ICC changed the rules again. As a result, now being runner-up, Bangladesh has to play Group 1.

The Bangladesh Team started the tournament after losing to Scotland. After that, Bangladesh won the next match by 26 runs against Oman. They were runners-up with 4 points in the first round of the 64-run victory over Papua New Guinea in the last match. Scotland has become the champion with full 6 points.

Bangladesh match schedule at a glance 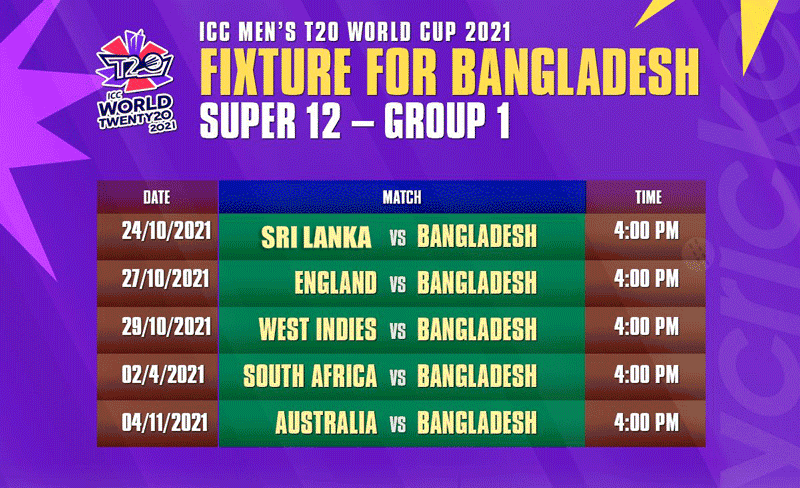 Bangladesh will play South Africa in Abu Dhabi on November 2, and Australia will play Australia in Dubai on November 4 in the last match of the group stage. All the matches will be held at 4 pm.